10th International Congress on the Systematics and Ecology of Myxomycetes

The 10th International Congress on the Systematics and Ecology of Myxomycetes was held during the period of February 25 to 28 on the campus of Sede del Atlántico of the University of Costa Rica, located in Turrialba, Costa Rica. This Congress, which brings together individuals from throughout the world who have an interest in or study myxomycetes and other slime molds, is held every three years.

This year’s Congress was attended by approximately 50 individuals, many of whom presented posters or talks on various aspects of myxomycetes 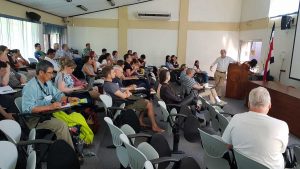 A highlight of the Congress was a day-long field trip to the La Marta Biological Station (below), where 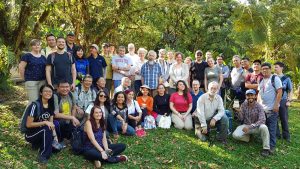 participants in the Congress had the opportunity to observe and collect myxomycetes in a tropical forest, which was a new experience for many of them.