A few days ago, rummaging around in my library, I came upon a small book, very fragile now:

This rather obscure volume drew my attention, thought to be momentary, until the title page woke me up. In handwriting, inscriptions on two pages announced themselves:

Two aspects of this discovery are interesting; one deals with the book itself, the other with Mary E. Banning. (Caroll W. Dodge will wait for another time.)

Concerning the Clavis, Mary English (1987) biographer of Mordecai Cubitt Cooke (1825-1914) writes: “The year 1877 also saw the beginning of Cooke’s personal contacts with French mycologists, as is disclosed in a letter he wrote to Saccardo in September – ‘M. Jules de Seynes and M. Max Cornu are to be with me for a week making mycological excursions in this country’ – and in the same month the following year he attended the Paris field meeting, devoted to fungi, of the Société Botanique de France. He has left a full account of this meeting …” (Cooke 1877-1878).

“It must have been through contacts such as these that Cooke met Dr. Lucien Quelét, shortly to be the co-founder of the world’s first mycological society. Quelét, a medical man, was an ardent and knowledgeable collector of fungi who persuaded Cooke to join him in the publication of a volume furnishing brief descriptions and names of ‘larger’ fungi across Europe;” the title evolved to Clavis Synoptica Hymenomycetum Europaeorum, “which was an enumeration of the species of larger fungi indigenous to Europe, with descriptions of the species, in Latin so as to be available over Europe, but that was also to a large extent a failure, although it was published in Paris, Vienna, Berlin, Milan and New York as well as London” (English 1987).

In addition to the brief descriptions, usually less than two lines, a symbol (†) was appended to those species considered gastronomically suspicious.

Note that Quelet is rendered with no diatritical mark (as in Quelét), probably an English treatment (perhaps disdainful) by the publisher (or by Cooke), but an oversight, nonetheless.

One of the 19th century’s most poignant mycological characters, decidedly Dickensian, was Mary Elizabeth Banning (6 Apr 1822 – 28 Feb 1903). The Banning family was well-known and aristocratic on the Maryland eastern shore; her father, Robert, was a military Captain and member of the House of Delegates in Maryland, and her grandfather participated in Maryland’s acceptance of the Constitution of the United States. Robert was twice-married with six children with first wife and two more with the second. Mary Elizabeth was the youngest.

Robert produced an income to support the family at least adequately, but upon his death in 1845 (when Mary Elizabeth was 23 years of age) the family fortunes changed. Details are lost, but soon Mary Elizabeth “was charged with taking care of her family members, especially her invalid mother, a responsibility she performed dutifully, albeit reluctantly” (Steedman 2011). This role, normally taken by servants in families of means, would persist past middle age.

The next scene finds the three women (Mary Elizabeth, her older sister, and their mother) moved to Baltimore seeking cheaper lodging in a boarding house. Mary Elizabeth found work teaching school (there is no record of the extent of her own schooling), but their rooms were in the neighborhood of the Lexington Market with its bustle and grime. “In Baltimore, in order to cope with the demands of her everyday life, Banning began wandering the countryside studying the various plant life of the area” (Steedman 2011).

By her own words, she began to take notice of the larger fungi in her area. “My first idea of drawing and painting the Fungi of Maryland had for its object educational training in a mission school…I confess to a smile at my choice of a subject, feeling that for once I had stepped from the sublime to the ridiculous. Yet I feel satisfied with my undertaking, believing that the study of Natural Science in any of its departments has a refining influence–that when used in its truest highest sense it is the Divinely appointed means of teaching faith as well as cultivating minds” (Banning to Peck, undated). How she arrived at illustrating them was surely born out of the dearth of printed matter available with which to identify the fungi she discovered. She spent what little money she had to buy the instruments – paper, paints, brushes – and eventually a microscope with which to better study the organisms themselves. Years passed, her mother died as did her sister, and Mary Elizabeth found herself alone, a spinster of advancing age living hand-to-mouth. She travelled to other parts of Maryland in search of new fungi.

The Civil War brought serious shortages of all commodities to the Confederacy and must have had an impact on the Banning ladies. A record of those years has not survived, but at age 46, (1868) she began gathering a book of her illustrations and descriptions of the different kinds of mushrooms she knew. It was given the straightforward title of “The Fungi of Maryland.”

But what to do with her growing trove? She learned that to publish such a collection would be expensive, far out of her financial range. By this time she was in correspondence with Charles Horton Peck, State Botanist of New York, who was gathering a reputation as an expert on fungi, especially the larger sorts. He was willing to instruct her on the finer points and their mail exchanges carried on over some years.

As a single, middle-aged lady with such a strange preoccupation, she was labeled a lunatic. “There is no sympathy for the work”, Banning wrote of the people she encountered in her travels, “in fact they regard it as ridiculous.” One man warned her, “you’ll poison yourself to death!” When he thought she was out of earshot, he grumbled, “Poor thing…clean gone mad!” Banning took no offense that, “They regard me as a crazy woman… I pity their ignorance.” In 1879, to Peck: “You are my only friend in the debatable land of fungi and your kind instruction is valued above all measure.”

She had acquired her copy of the Clavis Synoptica the summer before. In the same hand as her  inscription, she added a short list of species apparently missing from the text (which, after all, dealt with the European mycota), as well as a list of terms and their meanings (Fig. 2), perhaps attesting to her lack of academic botanical background, but also a sign that the book was not for the beginner.

In her final years Banning was forced to again find cheap lodging in Winchester, Virginia, surrounded by “constant jostle and upheaval.” The year 1890 found her, “suffering from arthritis and failing eyesight,” and she sent her entire illustrated manuscript, replete with vouchering specimens, to Peck. “In parting from it I feel like taking leave of a beloved friend with whom I have spent many pleasant hours. Circumstances impel me to put it in a safe place.” Once the parcel had been sent, she wrote repeatedly hoping for some feedback on her work: “I would like to know if it has been of any use to you,” and again, “I wish you would tell me something about its usefulness.” No evidence of Peck’s response remains, but he immediately publicly praised it with thanks (Peck, 1890). Mary Elizabeth died in 1903, for all practical purposes indigent, perhaps not knowing that her work had found its way to a drawer in a closet in New York’s State Museum. Her life and death played out a truly melodramatic plot.

Perhaps explaining Peck’s reluctance to answer Banning’s pleas for his opinions of the manuscript and illustrations could be a judgement of the accuracy of her identifications as well as the sensational nature of her paintings. A glance at purple lamellae of Agaricus (Coprinus) comatus, the unrelieved bright blue of Lactarius indigo, surely the misidentified Agaricus (Amanita) muscarius, or the questionable Cantharellus floccosus (probably a single individual of Omphalotus illudens) may have been off-putting. Her sometimes lengthy legends in long-hand, reminiscent of those of Bulliard were not uniformly formatted and sometimes with mistakes corrected awkwardly and not totally legible. Peck would have had to separate the paintings from the legends, change the legends into print and render the whole into a printed product, in addition to his own regimen, and requiring a substantial financial outlay. Perhaps it was marginally easier to simply not answer her queries than to truthfully give his opinion.

The cache remained unknown and unloved for a bit over a century, when John Haines, taking his turn as New York State Mycologist, opened the drawer (Haines 1995). His energy in mounting an exhibit of the work at the museum resulted in sporadic “discovery” of his discovery. A remarkable number of online sources can be identified (including a sample of her illustrations; Atlas Obscura), as well as some print material.

Images of Mary Elizabeth Banning’s illustrations and additional information about Banning’s life and work can be found at the following two links: 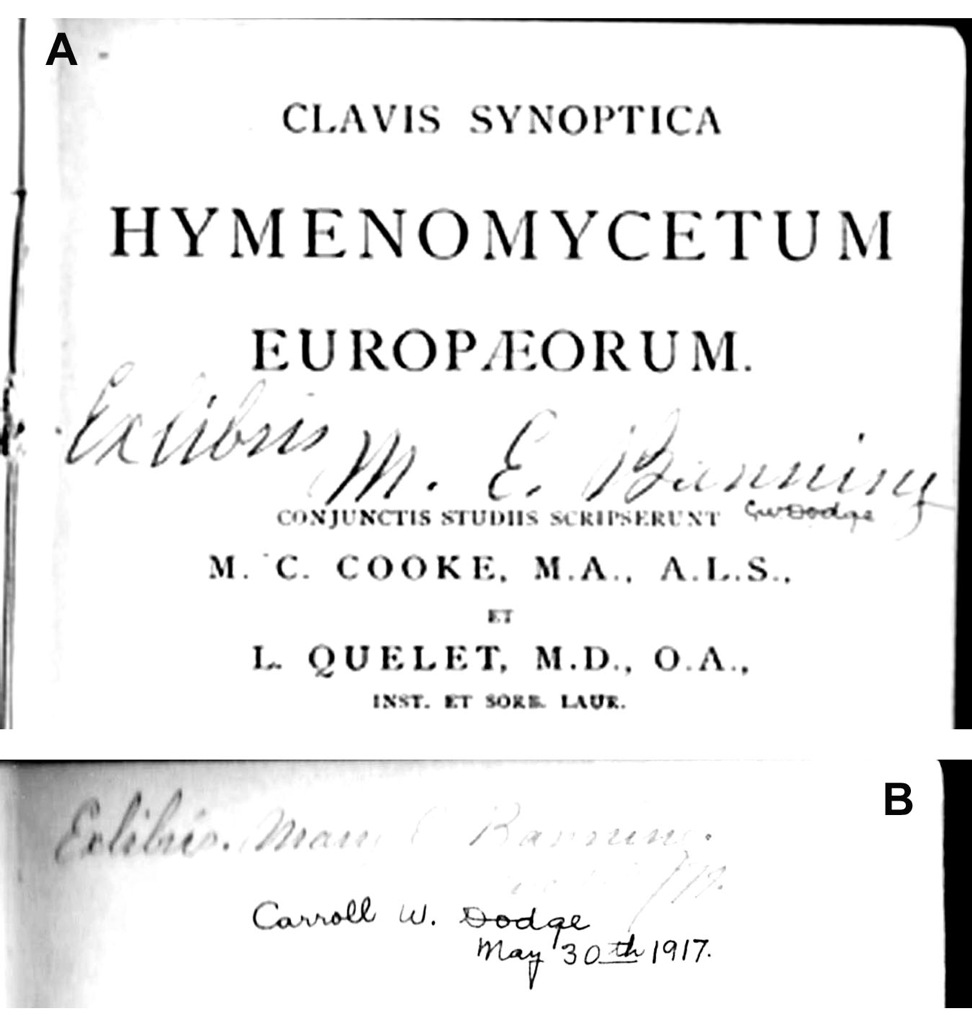 Figure 1: Inscriptions from previous owners on the title (A) and first text (B) pages of Cooke and Quelét (1878). 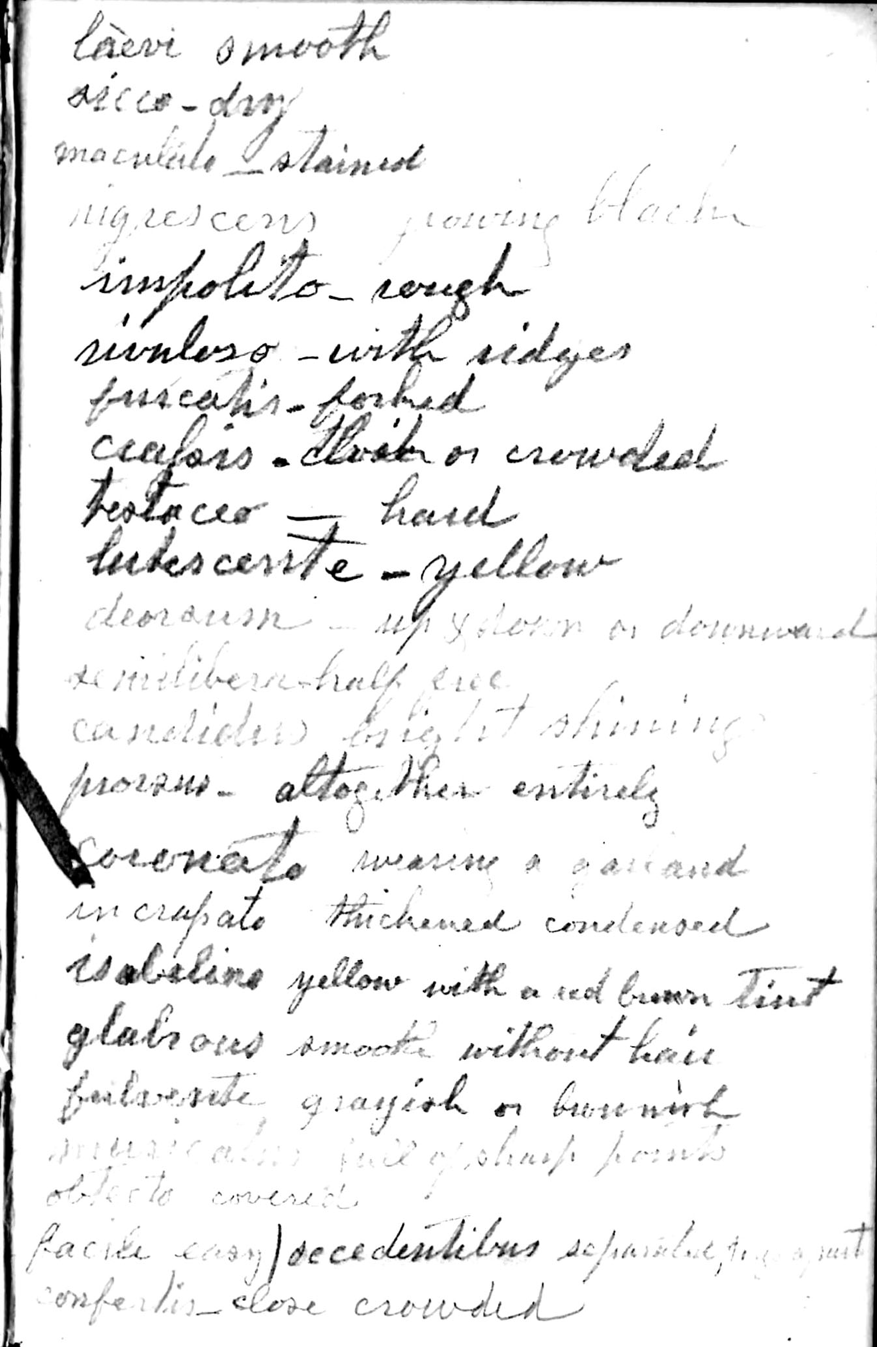 Figure 2: A list of terms and definitions added to the Clavis in the hand of M. E. Banning.

Call for Abstracts: Fungi in a Changing World

Call for Abstracts: Fungi in a Changing World This special issue of “Frontiers in Forests and Global Change” aims to bring together an outstanding collection of manuscripts covering multi-scale responses by forest fungi to a Read more…

Research Assistant, University of Maine, Orono, ME Lowbush Blueberry Disease Program – School of Biology and Ecology The research program for plant disease on lowbush blueberry is looking for a Research Assistant to conduct and Read more…