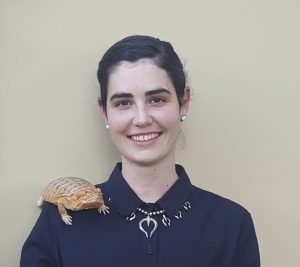 the study of classification of dematiaceous anamorphs of ascomycetes. This award honors Dr. Emory Summons (see biography below).

For a list of all awards offered by the Mycological Society of America, please see the MSA Awards Chart.

Complete the application, being sure to include items 1-3 listed above. The application file should be organized in the same order as described in “Documents Required” and should not exceed more than 8 MB. The file name should contain: the last name of the applicant -“award name” Application (e.g. Smith-Simmons Application). The application will be considered to have arrived once all electronic files have been received by the deadline. All documents must be in English to be considered with the exception of the collecting permit.

Note: Applicants can expect a notification email from the Awards Committee regarding the outcome of their application within approximately 45 days of the application deadline, in time to register for the annual MSA meeting. We expect all award winners to make every effort to attend the MSA annual meeting and encourage all applicants to concurrently apply for an MSA Travel Award in support of that. Presence at the MSA meeting to accept the award give awardees the opportunity to meet the mycological community, and it gives MSA members an opportunity to meet up the awardees.

Indirect cost is not allowed on MSA awards.

See a list of past Emory Simmons Research Awardees

A bequest by Emory Simmons specified that the Mycological Society of America establish a research award in his name for “research on classification of dematiaceous anamorphs of Ascomycetes.” According to the will, award recipients are to be selected by the Research Awards Committee. Up to one award will be given annually for no more than ten (10) years. The award was first offered in 2015 and will be depleted by 2024. An award will not be given when appropriate applicants have not applied. The portion of funds retained in any non-award year, as well as earned interest, are to be transferred to the Uncommitted Endowment Fund of the Society.

Emory Guy Simmons attended schools in Crawfordsville, Indiana, and graduated from Wabash College in Crawfordsville (1941). He served in the U.S. Army (1942-1945) in the North Africa and Italy campaigns during World War II in photographic units. After the war, Emory attended DePauw University, Greencastle, where he received a Master of Arts degree (1946). Over the next four years Emory worked on a Ph.D. at the University of Michigan. Although his advisor, L. E. Wehmeyer, was not very encouraging of his using cultural methods to study ascomycetes, Emory persisted in order to determine the variation in fungi grown on different media and establish teleomorph-anamorph connections, based on observations from single ascospore cultures. After completing his degree at Michigan (1950) Emory was an instructor at Dartmouth College (1950-1953) but spent much of his official career as Head of the Mycology Group and Research Microbiologist and Director of the U.S. Army Quartermaster Culture Collection of Fungi (1953-1974). One culture from the collection, QM 6a, was misnamed for many years, until Emory made comparisons to conclude that the well-known mold was undescribed; he named it Trichoderma reesei. Trichoderma reesei has many biotechnological applications including use in the manufacture of “stone washed” jeans.

Emory was a lover of music, art, literature, travel, especially to Thailand, and mycological friends. He drank Johnnie Walker Red blended whisky, often as he played the piano before dinner, but he always ended the day with a bowl of ice cream. His six-pound book on Alternaria was completed when he was 89. Emory continued to study fungi in his basement laboratory until he died at 93 years old. (Read more about Emory in Mycologia and on line: Blackwell, M., A. Y. Rossman, M. Palm, P. W. Crous. 2014. Emory Guy Simmons 1920–2013. Mycologia 106:610-614;). http://www.mycologia.org/content/106/3/610.full