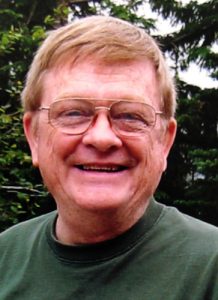 Harold, who joined MSA as a student, received a BS degree from the SUNY College of Environmental Science and Forestry (1964), a MS degree from the University of Maine (1967), and a PhD in botany (1973),  from the University of Iowa at Iowa City. His thesis on perithecial initiation in Ceratocystis ulmi was directed by Martin Rosinki. After postdoctoral work in plant pathology at the University of Missouri, Harold joined the faculty of Massachusetts College of Liberal Arts (formerly North Adams State College) where he taught mycology as well as other courses during his 30-year career. Harold maintained his interest in plant pathogenic fungi and was coauthor of a 355-page book of microscopic techniques, Phytopathogenic fungi: a scanning electron stereoscopic survey (M.F. Brown and H.G. Brotzman, 1979). Harold was active in the New England Botanical Club where he served as treasurer for many years and several environmental organizations.