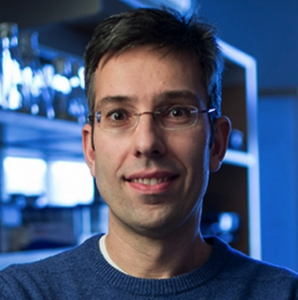 Antonis Rokas  is the Cornelius Vanderbilt Chair in Biological Sciences at Vanderbilt University and the Director of the Vanderbilt Evolutionary Studies Initiative. He received his undergraduate degree in Biology from the University of Crete, Greece (1998) and his PhD from Edinburgh University, Scotland (2001). Prior to joining Vanderbilt in 2007, Rokas was a postdoctoral fellow at the University of Wisconsin-Madison (2002 – 2005) and a research scientist at the Broad Institute (2005 – 2007). Research in the Rokas laboratory focuses on the study of the DNA record to gain insight into the patterns and processes of evolution. Using budding yeasts in the subphylum Saccharomycotina and Aspergillus filamentous fungi as models, his lab’s research combines computational and experimental approaches to understand the molecular foundations of the fungal lifestyle and the reconstruction of the fungal tree of life. Rokas and his team and collaborators have published more than 185 publications that have received ~18,000 citations. Most recently, Rokas was named Blavatnik National Awards for Young Scientists Finalist (2017), Guggenheim Fellow (2018), Fellow of the American Academy of Microbiology (2019), and American Association for the Advancement of Science (AAAS) Fellow (2020). Rokas serves on the editorial boards of many journals, including eLife, Current Biology, Fungal Genetics & Biology, G3: Genes|Genomes|Genetics, and Microbiology Resource Announcements, and chaired (with Alistair J. P. Brown) the 2018 Cellular and Molecular Fungal Biology Fungal Gordon Research Conference. He served on the MSA Karling Lecture Committee.