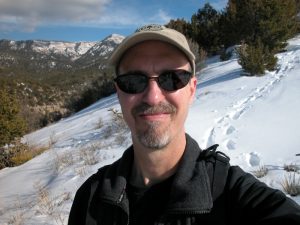 D. Lee Taylor is a professor of Biology at the University of New Mexico. After completing a BS in Biology, Plant-Track, at Yale University, he obtained a second BS in Agronomy at the University of Florida, then worked as a volunteer for a year at the International Institute of Tropical Agriculture in Nigeria. As an undergraduate, he was most inspired by evolution and symbiosis, and pursued this interest by working one summer for INVAM and then by pursuing a PhD at the University of California Berkeley with Tom Bruns and John Taylor. During his PhD, he applied the molecular fungal identification tools being developed in the Bruns lab to orchid mycorrhizae for the first time. This work revealed connections to ectomycorrhizal fungi in three genera of mycoheterotrophic orchids. He was then awarded a UC President’s Postdoctoral Fellowship at UC Santa Barbara which allowed him to continue investigations of the evolution of mycorrhizal specialization in various orchids.

After a second postdoc with Ellen Simms at UC Berkeley he took a faculty position at the University of Alaska, Fairbanks (UAF) in 2002. There he joined the Bonanza Creek Long Term Ecological Research program and carried out some of the first high-throughput sequencing studies of fungal communities in soil. He was awarded tenure at UAF in 2008 and then moved to the University of New Mexico (UNM) in 2013. He was promoted to full professor at UNM in 2018. Academic accomplishments include over 80 peer-reviewed publications and steady NSF funding since 2003. He has mentored numerous successful undergraduates, graduates and postdocs. The latter include Elizabeth Bent, Michael Booth, József Geml, Lisa Grubisha, Rebecca Hewitt and Ina Timling. Many of Lee’s protégés continue to carry out research in fungal biology.

His research focuses on the evolutionary ecology of plant-fungal interactions and how those interactions shape biodiversity, ranging from population genetics to community assembly to ecosystem function. Lee seeks to spread the word about the importance and excitement of fungi through classroom teaching, research mentoring and public outreach.

He has been a member of MSA since 1994. He co-organized the symposium “Detection and Identification of Fungi in the Environment Using Molecular Methods” at the 2005 Annual Meeting in Hawaii, and the workshop “Issues, Concepts and Tools for Analysis of Fungal Environmental ITS Sequences” at the IMC in 2010. He served as an MSA Councilor in Ecology from 2008-2010 and was an Associate Editor and then Executive Editor of Mycologia from 2011 to 2015. Together with Gary Laursen, he organized and hosted the 2011 MSA Annual Meeting in Fairbanks, Alaska.