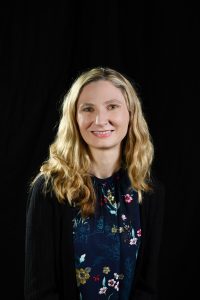 Tanya Cheeke is an Assistant Professor in the School of Biological Sciences at Washington State University (WSU). She earned her PhD in Biology from Portland State University where she evaluated the non-target effects of Bt maize on arbuscular mycorrhizal fungi. As a postdoctoral fellow in the Department of Forest Mycology and Plant Pathology at the Swedish University of Agricultural Sciences, she studied how variation in the dominant mycorrhizal association of different tree species impacts standing fungal biomass, soil carbon, and nutrient cycling in temperate forests. As a National Science Foundation Postdoctoral Fellow at Indiana University, she began studying the role of plant-soil feedbacks in ecological restorations and testing the efficacy of soil microbial transplants in facilitating the establishment of native plant species in invaded grasslands. Her research program at WSU focuses on the ecology and evolution of plant-mycorrhizal interactions, particularly within the context of changing environments (e.g., disturbance, biological invasions) and the role that mycorrhizal fungi can play in the conservation/restoration of native habitats. She is interested in understanding some of the mechanisms that can facilitate ecosystem recovery after disturbance events and the role that soil microbes may play in improving native plant establishment in disturbed, invaded, and/or contaminated ecosystems. She has been an active member of the MSA since she joined in 2014. She served as the Postdoctoral Representative to the MSA Student Section (2014-2016) and was a founding member (2015) and past Chair (2016-2017) of the MSA Diversity and Inclusion Committee. She is a recipient of a MSA Translational Mycology Postdoctoral Research Award (2017) and a Forest Fungal Ecology Postdoctoral Research Award (2015). She actively encourages the students in her lab to become involved in MSA and two Master’s students in her lab have already served in leadership positions in the MSA Student Section since 2019.