Trips to Puerto Rico were made in 1975, 1991, and 1993 to collect fungal decomposers of woody plants, especially the white rot fungi. The idea was to obtain these fungi in culture in order to later screen them for their high delignification abilities as part of a biopulping project. Generally, tropical broad-leaved trees have slightly higher lignin content than temperate trees, and so there may be stronger delignifying fungi in the tropics. The primary industrial interest was to reduce costs by lowering the amount of electrical power required to grind up wood for paper pulp. However, decomposer fungi of all types were collected, and to a large extent photographs were taken to record their fresh in situ characteristics.

Marasmius spp., sometimes referred to as “pinwheel mushrooms”, are often leaf litter decomposers, and their small size may reflect the small size of their food base. The picture on the far right shows the fruiting body growing from a leaf petiole. The cap diameter was about that of a U.S. dime. 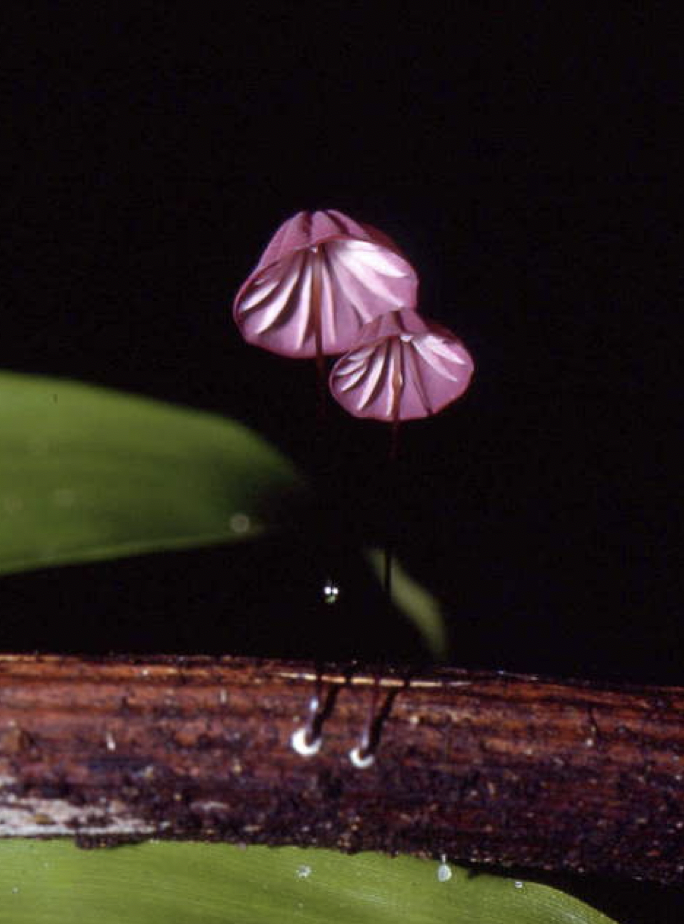 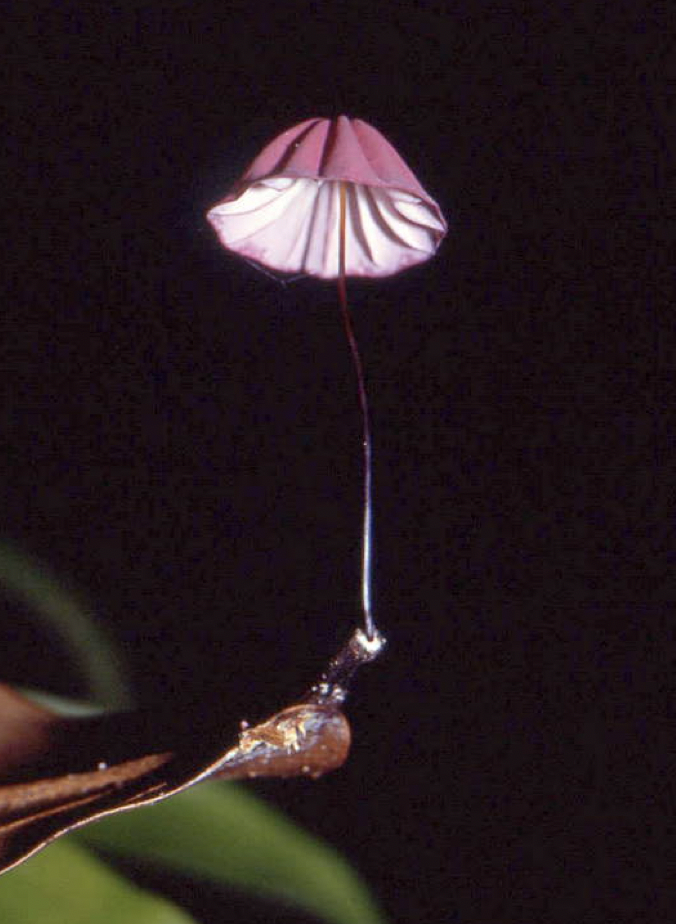 Acknowledgements: Specimens were collected by E. Setliff with L. Sevean at the El Verde field station in the Caribbean National Forest in 1991 and designated ECS-2131 (above left) and 2132 (above right). Determinations were made by Jean Lodge. The financial support of the National Geographic Society for the 1991 trip is gratefully acknowledged.