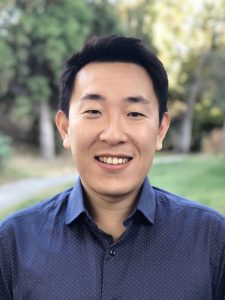 The Martin-Baker award honors two respected teachers of mycology, both of whom had long and distinguished careers in mycology, and both of whom have faithfully served the Mycological Society of America in several capacities (see biographies below). The Martin-Baker Award is given to a recent (within 10 years) PhD mycologist for the support of new or ongoing research.

The Martin-Baker Award is administered by the Research Awards Committee.

For a list of all awards offered by the Mycological Society of America, see the MSA Awards Chart.

Note: Applicants can expect a notification from the Awards Committee regarding the outcome of their application within approximately 45 days of the application deadline, in time to register for the annual MSA meeting. We expect all award winners to make every effort to attend the annual meeting and encourage all applicants to concurrently apply for an MSA Travel Award in support of that. Presence at the MSA meeting to accept the award gives awardees the opportunity to meet the mycological community, and it gives MSA members an opportunity to meet the awardees.

Indirect cost is not allowed on MSA awards.

George W. Martin (b. 1886- d. 1971) (M.S. Rutgers University, 1915; Ph.D. University of Chicago, 1922) was associated with the Botany Department of the University of Iowa (Iowa City) from 1923 until his death in 1971. He served there as Professor, Head of the Department (1953 to 1955), and Emeritus Professor. After retirement in 1955, he was Visiting Professor for two years at the University of Illinois (Urbana), but then returned to the University of Iowa. Dr. Martin was world-renown for his phylogenetic concepts of the fungi and related organisms and for his authoritative research and taxonomic treatments of the Myxomycetes and the Tremellales. He served as an officer of various scientific societies, was President of the Mycological Society of America (1944), was Editor-In-Chief of Mycologia (1950-1957), and was among the initial group honored by the Botanical Society of America with a Certificate of Merit (1956). In 1970 he received the Henry Allan Gleason Award from the New York Botanic Garden. Dr. Martin’s infectious enthusiasm in teaching and research inspired students and colleagues alike. Of the 47 or more students who received graduate degrees under his direction, at least 30 achieved their doctorates. As his students will undoubtedly attest, Dr. Martin was a scholar who remained a man of learning, generosity, culture, and a good friend.

Gladys E. Baker (M.S. University of Iowa, 1932; Ph.D. Washington University, St. Louis, 1935) taught at Vassar College from 1941 to 1961, and served 13 years as Chair of the Plant Science Department where she directed 3 graduate students. She offered the first course in medical mycology at seven women’s colleges. She is a charter member of the Medical Mycological Society of the Americas and a fellow of A.A.A.S. From 1961 to 1973 she taught at the University of Hawaii, Manoa. There she supervised 13 graduate students for advanced degrees in both general and medical mycology. Students remember her as an effective and enthusiastic teacher, a scientist with the highest integrity, and a warm and caring friend. Fellow mycologists still admire her memorable work; the 21 illustrated plates in MacBride & Martin, THE MYXOMYCETES (1934): the Antarctic Lichens (1938) with C.W. Dodge; the nuclear behavior and monographic studies of the genus Helicogloea; and the cytology and ecology of microfungi.