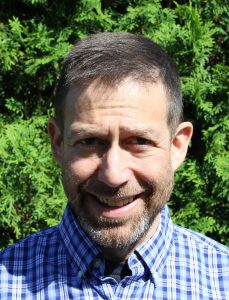 Scott’s introduction to fungal biology was studying Cochliobolus heterostrophus as a postdoc with Gillian Turgeon. Since then, he has led and contributed to fungal genome projects from single genomes to resequencing of classical genetic mutant strains, to whole fungal genus sequencing efforts. In 2009 and 2010, with DOE Joint Genome Institute (JGI) staff members, he co-led the development and launch of the JGI Fungal Genomics Program. Currently he is a member of the JGI’s Fungal Genomics Program Advisory Committee.

In addition to his fungal biotechnology research at PNNL, he is the Lead Scientist and Group Leader in Functional and Systems Biology at the DOE Environmental Molecular Sciences Laboratory (EMSL), a DOE National User Facility. EMSL collaborates with researchers to develop a predictive understanding molecular processes relevant to DOE environmental and bioenergy challenges. Scott has a joint appointment with the DOE Joint BioEnergy Institute (JBEI) located in Emeryville, California. At JBEI his research is focused on heterologous production of lignin active enzymes by fungi. He served on the MSA Genetics and Cell Biology Committee (2011-2014).