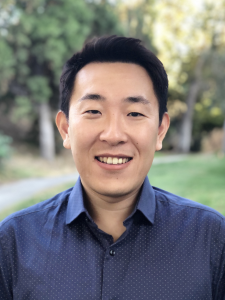 Yan Wang is an Assistant Professor of Evolutionary Genomics in the Department of Biological Sciences (Scarborough campus) and the Department of Ecology and Evolutionary Biology at the University of Toronto. He received his Ph.D. from the University of Toronto with Dr. Jean-Marc Moncalvo and an M.Sc. from Boise State University with Dr. Merlin White, focusing on the phylogenetics and comparative genomics of Harpellales (Zoopagomycota). After the Ph.D., he went on to conduct post-doctoral research with Dr. Jason Stajich at the University of California, Riverside on two collaborative projects, “Zygomycetes Genealogy of Life (ZyGoLife)” and “Phylogenomics of the Neocallimastigomycota”. Yan’s research combines computational, field, and laboratory approaches with special foci on the genetic variation of aquatic insect gut fungi, horizontal gene transfers, and noncanonical utilization of stop codons in early-diverging fungi. Yan has been a member of MSA since 2010 and served the MSA as a postdoc representative on the Diversity and Inclusion committee and an ad-hoc judge for student awards at annual MSA meetings. MSA awards include the inaugural Robert W. Lichtwardt Research Award, Emory G. Simmons Travel Award, Translational Mycology Postdoctoral Award, and Martin-Baker Award. He is excited about the opportunity to keep serving the MSA community.